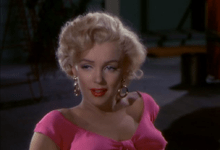 What does Marilyn Monroe, numerology and power have in common?  It is a story of a shy, troubled, and pretty girl who rose to become one of the world’s most famous sex symbols and beloved icon.

Marilyn Monroe was born June 1, 1926 as Norma Jeane Mortenson. Her difficult childhood was abusive and fatherless. She spent most of her youth in foster homes after her mother was institutionalized.

There are many influences to a path someone takes in life, including environmental, genetic, emotional and spiritual.  Let’s take a look at the numerological indications that are created from Marilyn’s birth date and the various names she was called in her life.

The many names of Marilyn Monroe

Marilyn went by several names before claiming the vibrant Marilyn Monroe.  The numerology of her names illustrate a profound search for identity.  Her numbers show the rather confused drive of an insecure woman who looked for attention and found herself seeking it through fame and sexuality. She wanted to be remembered as a great actress, but became an pop-icon of beauty.  How ironic, Marilyn’s fame and beauty has lasted longer than her life.  Read more about Marilyn here.

Marilyn’s destiny (or life purpose) might be surprising to some.  It is the introverted, spiritual and unique nonconformist, the 7.  The journey of seven (like Johnny Depp) is the journey to find oneself and is often a path of feeling misunderstood and like an outsider.  Sevens are rebels and often perfectionists, but walk a different path than most.  In Marilyn’s case, she sought to stand out and be loved, yet probably felt extremely alone.

“I’ve never fooled anyone. I’ve let people fool themselves. They didn’t bother to find out who and what I was. Instead they would invent a character for me. I wouldn’t argue with them. They were obviously loving somebody I wasn’t.”—Marilyn Monroe

Marilyn was born Norma Jeane Mortenson. Although the birth name is important in numerology, her name changed soon after to her baptized name Norma Jean Baker. The result was a strong and opposing alter-ego personality. Let’s take a look at the two personalities via numerology.

Monroe’s birthname had a vibrant 8 (which is about power), 5 (connecting charisma and sexuality) and 4 (builder).

Yes, the 8/5/4 combination is a dynamic personality.  However, lets take a look at the alter ego of “Baker”.  Norma Jeane Baker (used until her first marriage) had a much quieter vibration than the 8/5/4 of Mortenson.

The 6/1/7 has an introverted and spiritual (7) expression. The six (6) in soul wants to be loved and to have love. The one (1) values leadership and to be first, but the 6 and 7 cares too much what other’s think. The 6/1/7 energy is an opposing personality to the 8/5/4 — which is totally gregarious and out there in the world.  Thus Norma Jeane is pulled apart with no direction from parents to help her move forward.

How does shy, insecure Norma Jeane rise to stardom? Numerology shows that the name “Marilyn Monroe” begins the transformation of the simple “Norma” into a powerful charismatic show stopper.

Inventing Marilyn and changing her identity

Once discovered in a war factory, Marilyn decides to change her image and “invent a character” that might not necessarily be her true essence, but certainly will get attention! She dyes her hair platinum and becomes Marilyn Monroe.

As Marilyn, she still has a 7 vibration.  With her platinum new identity, she stands out as unique. The 3 values creative expression (be it singing or acting) and the 1 is the leader. Now with the new look and vibrant name, she has the tools (and perhaps the mask) to address the world she is so afraid of. (The struggle of the two identities was illustrated as she lived a life of many marriages and drugs to get by. Always looking for love, perhaps never truly finding it)

Marilyn Monroe: Each name shares the spark that captivates an audience.

The spark is the powerful and charismatic 8.

Marilyn. We see from the chart above that Marilyn holds the energy combo of 8 (power and charisma), creativity (3) and the master number 11.  In mastery, the 11 is the ability to inspire and attract others in a profound way through her very expression.  Read more about 11.

Monroe. The combo of the 8/9/8 creates a power and charisma sandwich! You could not take your eyes off of Marilyn Monroe. The nine in value is all about transformation. And isn’t it true that the name Marilyn Monroe has a vibrant life of its own? One of the most famous names in the world. Marilyn’s mystique and inner spark will never be forgotten.

Perhaps if Marilyn sought out spirituality instead of finding solace through drugs and alcohol, she would have found peace.  We will never know.

What about you? Are you happy with your name? Are you looking for a new stage name or business name? Would you like to learn how your name and destiny numbers can impact your life? Contact me here.

Other posts of interest: