With the passing of heavyweight champion Muhammad Ali, we sadly recognize another icon of the 60s and 70s that has made an impact on our world. This Muhammad Ali numerology tribute describes a man who did not fear showing the world who he was. In doing so, he taught us empowerment.

What I remember the most about Muhammad Ali, as a teenager in the early 70s, was his handsome and flamboyant appearance and words like “I am the greatest”.  I could not help smiling at his confidence and rhymes.

In 1964, Ali became heavyweight champion (knocking out his contender, Sonny Liston). At the same time, he changed his name based on his new following of the Islamic religion. He was also known for fighting for what was right as a black man, as he stood with Martin Luther King and Nelson Mandela.

In his book (2004) “The Soul of a Butterfly: Reflections on Life’s Journey,” Ali said he wanted to be remembered as “a man who won the heavyweight title three times, who was humorous, and who treated everyone right. As a man who never looked down on those who looked up to him, and who helped as many people as he could. ” Read more about Ali here.

Born on January 17, 1942, Cassius Marcellus Clay had a destiny of a 7. (1+1+7+1+9+4+2=25. 2+5=7). The seven’s life purpose in numerology might surprise some, as the 7 is often considered withdrawn and very spiritual.  It is also the number of the unique non-conformist who does not thrive on what is the norm, but on what is different. (Other famous 7s are Johnny Depp and Marilyn Monroe.) The other side of the 7 is they think deeply on all aspects of the human condition and the world.

Looking at the Muhammad Ali Numerology Charts below, we can see the two sides of his personality – the magnetic fighter and entertaining spokesperson on one side and the visionary gentle giant on the other. Oftentimes people are moved to change their names for various reasons.  Ali had no knowledge of numerology but felt that Cassius Clay did not suit him anymore. Let’s take a look at the influence of the two names according to numerology. The core of the numbers of both Cassius Marcellus Clay and Cassius Clay reflects the “captivating communicator”.  The 3’s souls essence is all about creative self-expression. Being out there in the world is fun and exciting.

It is not surprising that he was a successful spokesman, poet and entertainer.  With both names, he has master expression numbers. The master 11 is the charismatic leader whose vision not only made him famous but also influenced many people to think for themselves and not be afraid to fight for what they believe in.  As Cassius Clay, he had a master 33 in his expression number. This is the powerful connection of creativity (double 3s) and compassion (6).  Thus Clay was not just someone who wanted to knock people out, but someone who wanted to inspire and empower.

Ali was not just fire and fist. He responded to the country’s injustice, changing his name to Muhammad Ali. “I am Muhammad Ali, a free name – it means beloved of God.” He was also known to say, “Cassius Clay was my slave name.”  Read more about Muhammad Ali here.

Let’s take a look at what changed in the Mohammad Ali numerology chart below.

Wow, from magnetic fighter and cocky spokesperson, his new name began his vision as “The Soul of a Butterfly”. The 6/9/6 vibration is all about compassion, family and service. Not only was he a civil rights activist, but in his later years (24 years later), with the onset of Parkinson’s, Ali became an advocate of raising awareness of the disease.

He never lost his love of being out there. He gave others courage to do so as well. You can see his gentle being and sense of humor in his later interviews.

Thank you Muhammad Ali for always showing the non-apologetic presence and pride of yourself.

Want to know how your name influences you? A numerology reading can inspire you to a new outlook. Check out the summer special rate through July 1, 2016.

Other topics you may enjoy:

END_OF_DOCUMENT_TOKEN_TO_BE_REPLACED 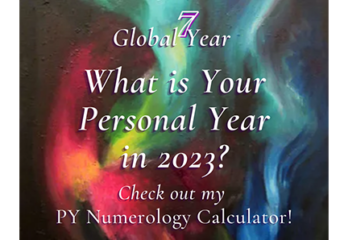